SERVING CENTRAL OHIO FOR OVER 25 YEARS
Home Improvement Experts
Serving Central Ohio, we are here to handle all of your home improvement and construction needs. We make sure each job gets done right, the first time!
YOUR ONE STOP SHOP

With over 25 years of experience, we know how to handle anything you can throw at us. We are your one stop shop for all your home improvement and renovation needs.

We are fully licensed and insured to protect you and your home. We carry a Delaware City Contractor's License along with General and Liability insurance.

Everything from whole home remodeling to custom landscaping. You name it, we have the expertise to your job done right, the first time. 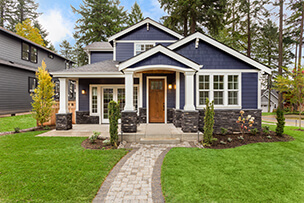 While a major home improvement remodel can seem daunting at first, we are here to walk you through the entire process. No need to worry about building permits or code approvals, we will handle all the heavy lifting for you and turn your dream into a reality. 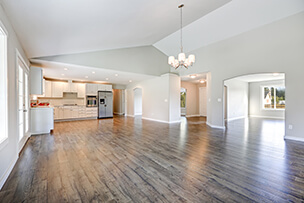 Flooring is where it all started for JD Beard Construction. It's been our bread and butter for over 25 years. Everything from carpet to laminate and tile, you name it, we've installed it. We carry samples and will help you make the right choice for your home. 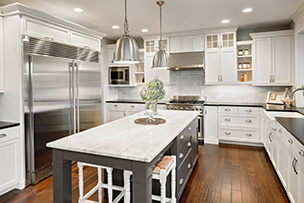 A kitchen remodel can bring a home to life. It's where we all spend most of our time, whether we want to or not. We offer top-quality countertops, tile, cabinetry, and fixtures that will make your kitchen one of your most favorite rooms in the house. 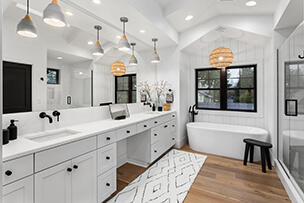 Upgrade to the bathroom of your dreams so it becomes an oasis of revival and renewal. We will help you design and upgrade your bathroom with style, durability, and budget in mind. Your bathroom will put a smile on your face every time you walk into it. 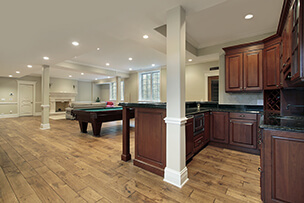 From man caves to kids play spaces, we've got your back when it comes to basement renovations and finishing. There is nothing quite like seeing your basement being transformed into a space where you'll want to spend all of your time. 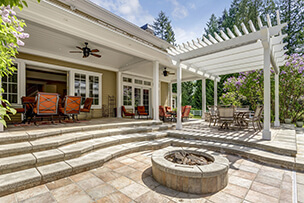 Enjoy being outside like never before. A properly planned and designed backyard living space will add value to your home and give you the space to kick back and relax this summer. Truly one of the most rewarding investments you can make in your home.

What they say
"I've known Jesse for several years and he has done work in all three of my homes here in Delaware. Everything from flooring to electrical. If you need anything done in your home, you've found the right company!"
Andres L. – Delaware, OH 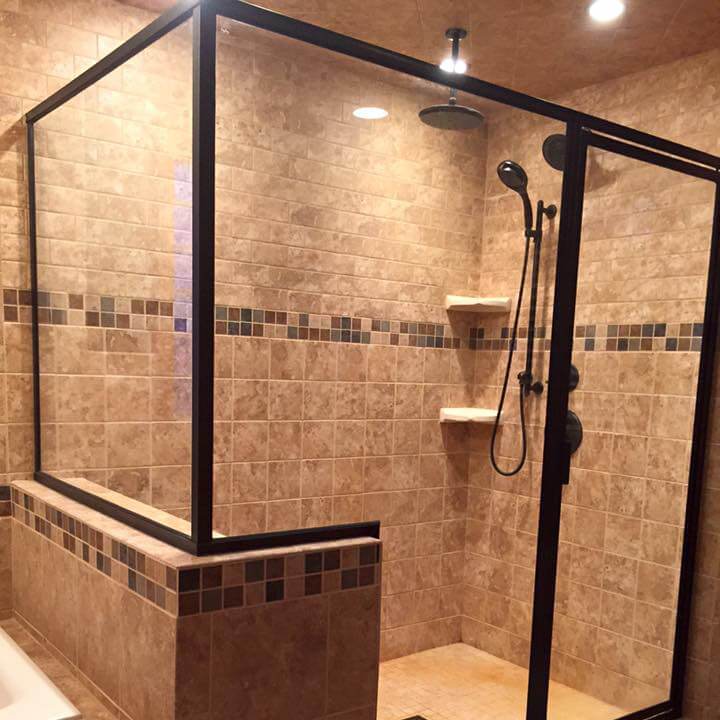 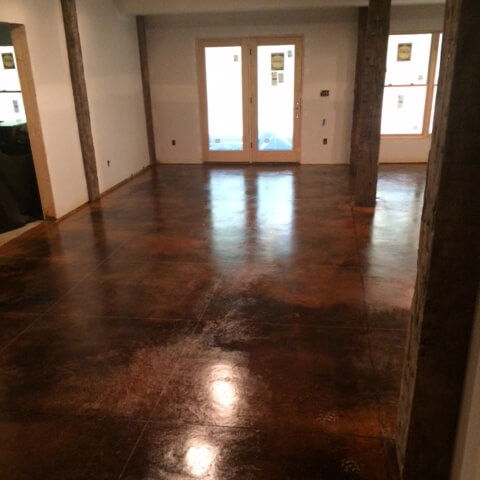 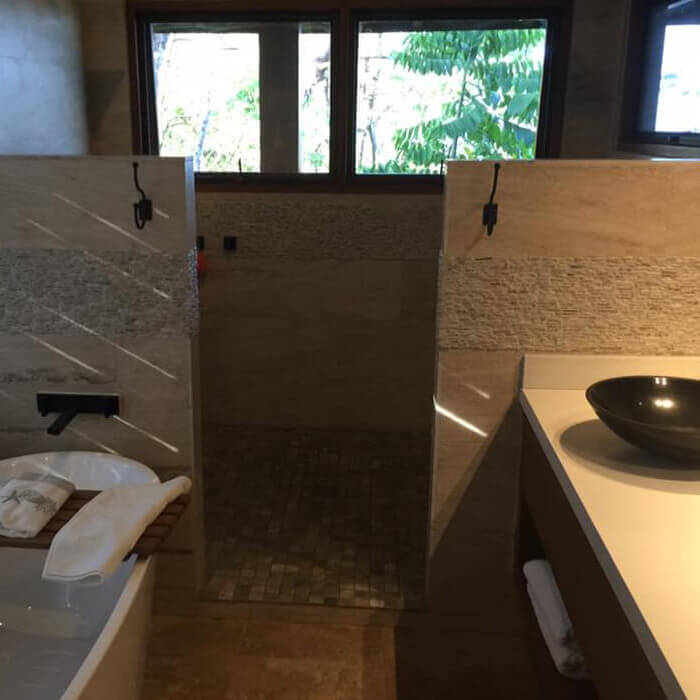 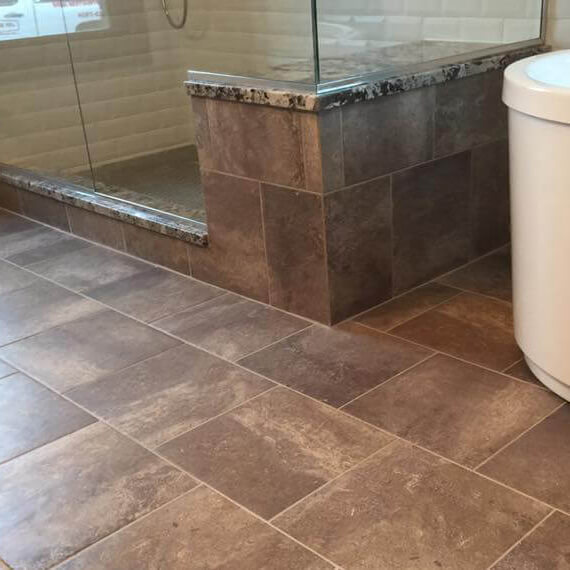 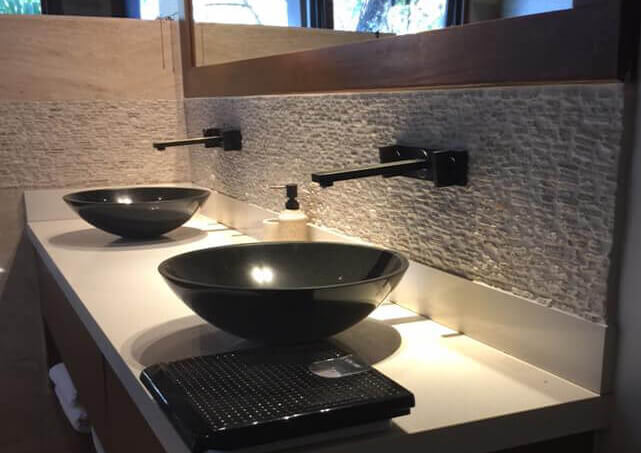 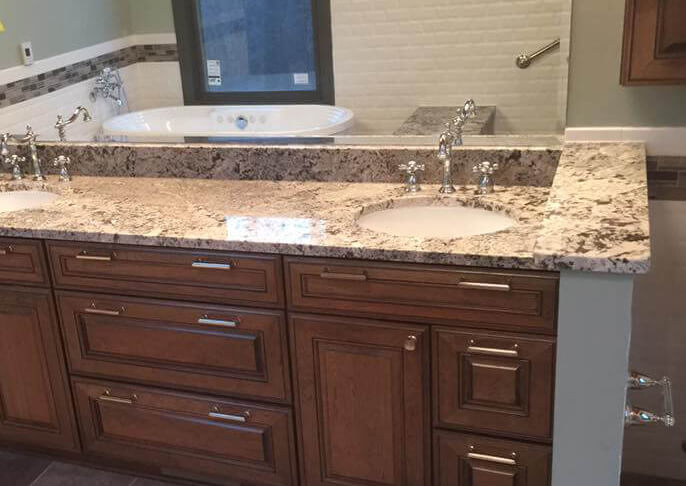 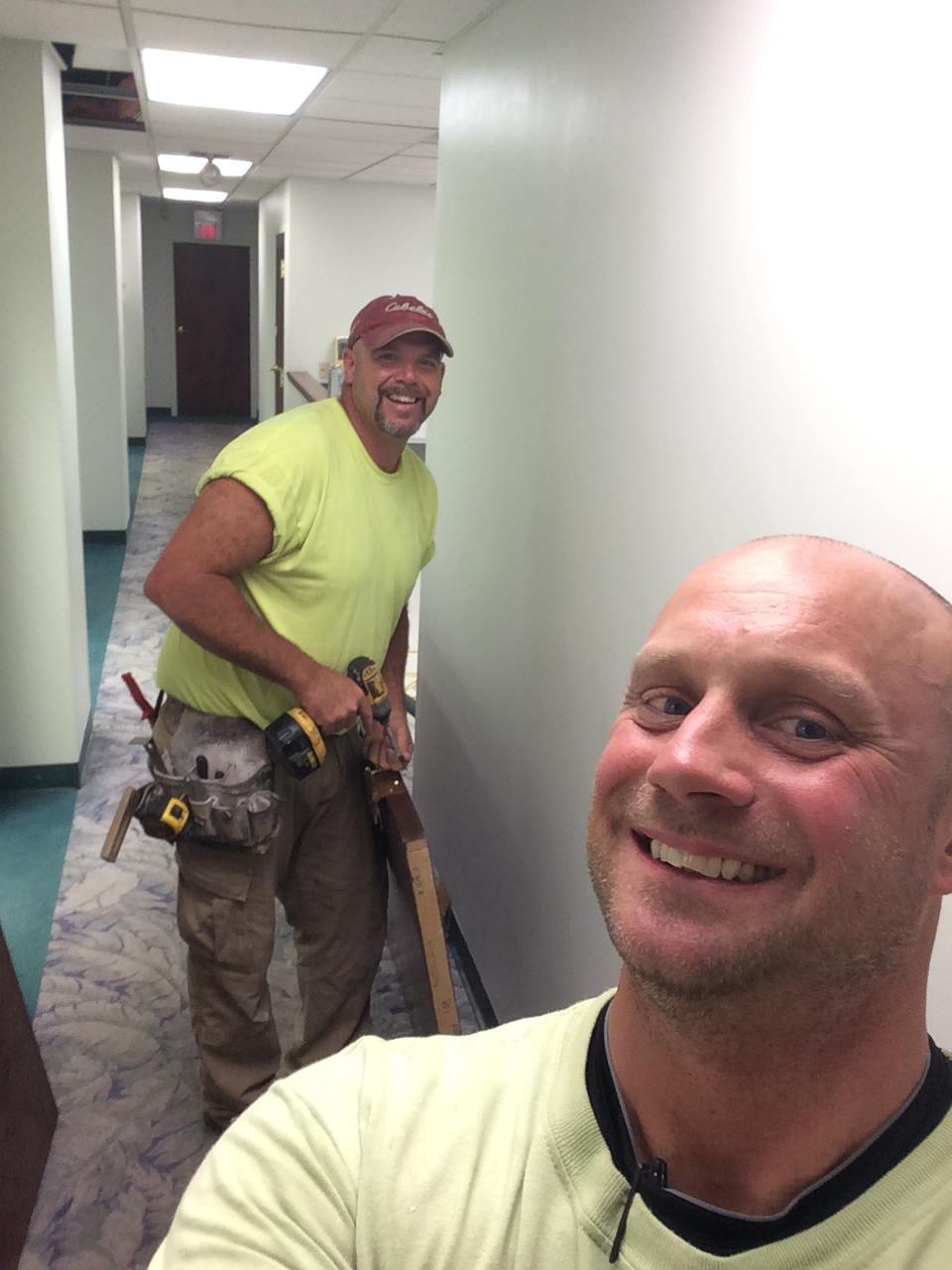 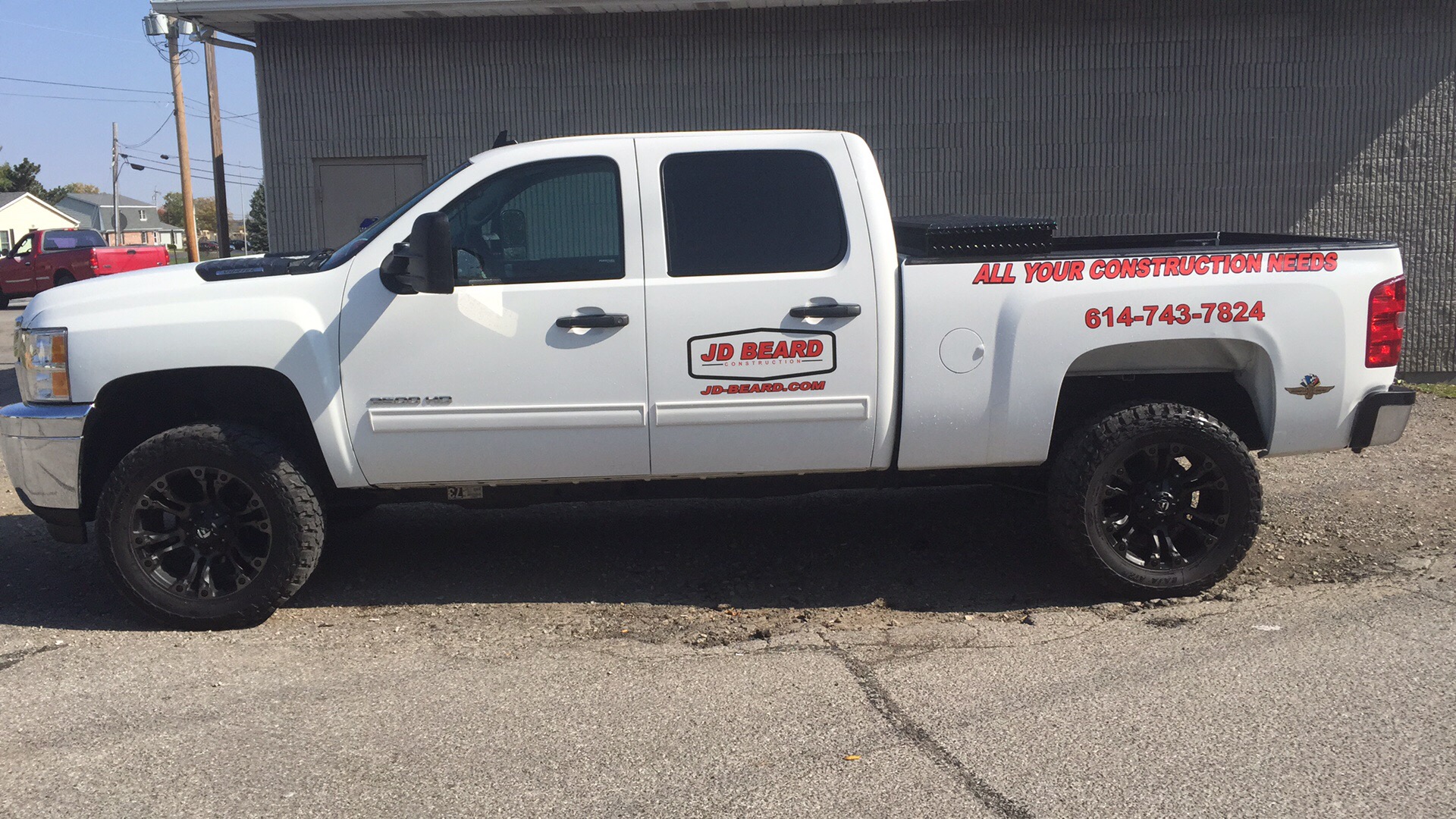 Jesse was first introduced to the construction industry as a young man working for his father and grandfather. Growing up with a hammer in one hand and a saw in the other, Jesse quickly learned the ropes and gained valuable knowledge about all facets of the construction trade.

In 1994, Jesse decided it was time to venture out on his own and started Floor Your Way, a specialty floor and tile company. After much success with flooring and picking up other construction related projects, Jesse made the decision to turn Floor Your Way into a general contracting and construction business in 1998.

After continued success as a general contracting company, Floor Your Way was renamed to JD Beard Construction near the end of 2014 and now consists of Jesse and 5 other employees, all who are unionized carpenters. The mantra of JD Beard Construction is "Done right, the first time!" and our #1 goal is customer satisfaction. We look forward to working with you.

Yes, we are fully licensed and insured. We carry a Delaware City Contractor's License, General and Liability Insurance, and are members of the BBB.

DO YOU USE SUB-CONTRACTORS?

For some specialty type jobs we do bring in sub-contractors to get the job done right. Every contractor we work with is fully licensed, bonded, and insured.

DO YOU HANDLE DEALING WITH CITY PERMITS?

Yes, we will handle all of the necessary paperwork and scheduling of inspections with your city to obtain the proper permits for your job.

DO YOU HANDLE CLEANUP AND DISPOSAL?

We love a clean and organized job site. Routine cleanup happens at the end of each work day and we will take care of disposing of any old or unused materials.

DO YOU GUARANTEE YOUR WORK?

What they say
"We've hired and trusted Jesse to complete numerous projects in our home. Everything from replacing all of our flooring to a complete renovation of our basement. I highly recommend JD Beard for anything home improvement related."
Ryan b. – Delaware, OH
FREE ESTIMATE

Please don't hesitate to contact us if you have a project that needs tackled or just a simple question. We are not salespeople and won't attempt to sell you anything that you don't need. We are simply here to help you in any way we can and improve your quality of life.

Call Us
(614) 743-7824
Email Us
info@jd-beard.com
Thank you! Your submission has been received!
Oops! Something went wrong while submitting the form.

Newsletter Sign Up
Thank you! Your submission has been received!
Oops! Something went wrong while submitting the form.